Preparing for the DevOps interview

What is DevOps ?
Devops is in a nutshell a cultural movement which aims to remove through collaboration and communication unnecessary silos in an organization. In less abstract terms, Devops can be seen as a number of software development practices that enable automation and accelerate delivery of products. The last element, automation, in turn requires a programmable dynamic platform. 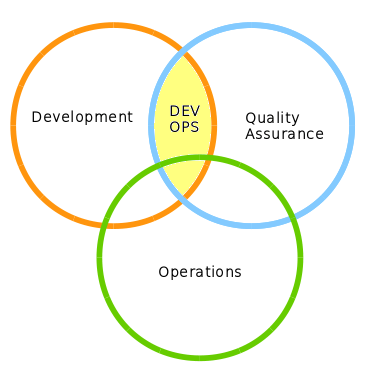 Do you think Devs and Ops will radically change their working routine ?
In most cases not. Ops will still be Ops and Devs will still be Devs. The difference is, these teams need to begin working closely together.

How can you improve DevOps culture ?

Which technologies can act as driver to enable DevOps ?

What are microservices and why they have an impact on operations ?

Which tools are typically integrated in DevOps workflow ?

Many different types of  tools are integrated into the DevOps workflow at this point. For example:

What is automation ?
Automation is the process of removing manual, error-prone operations from your services, ensuring that your applications or services can be repeatedly deployed.

At which level can applied automation in DevOps ?
At three levels:
1) Automate the application lifecycle: in terms of software features, version control, build management, integration frameworks
2) Automate the middleware platform automation: such as installing middleware, autoscaling and resources optimization of middlware components
3) At infrastructure by provisioning operating system resources and virtualizing them

Which scripting language is most important for a DevOps engineer?

Software development and Operational automation requires programming. In terms of scripting
Bash is the most frequently used Unix shell which should be your first automation choice. It has a simple syntax, and is designed specifically to execute programs in a non-interactive manner. The same stands for Perl which owes great deal of its popularity to being very good at manipulating text and storing data in databases.
Next, if you are using Puppet or Chef it’s worth learning Ruby which is relatively easy to learn, and so many of the automation tools have been specifically with it.
Java has a huge impact in IT backend, although it has a limited spread across Operations.

Explain how DevOps is helpful to developers?

DevOps brings faster and more frequent release cycles which allows developers to identify and resolve issues immediately as well as implementing new features quickly.
Since DevOps is what makes people do better work by making them wear different hats, Developers who collaborate with Operations  will create software that is easier to operate, more reliable, and ultimately better for the business.

How Database fits in a DevOps ?

In a perfect DevOps world, the DBA is an integral part of both Development and Operations teams and database changes should be as simple as code changes. So, you should be able to version and automate your Database scripts as your application code. In terms of choices between RDBMS, noSQL or other kind of storage solutions a good database design means less changes to your schema of Data and more efficient testing and service virtualization. Treating database management as an afterthought and not choosing the right database during early stages of the software development lifecycle can prevent successful adoption of the true DevOps movement.

Which are the reasons against using an RDBMS?

In a nutshell, if your application is all about storing application entities in a persistent and consistent way, then an RDBMS could be an overkill. A simple Key-Value storage solution might be perfect for you. Note that the Value is not meant to be a simple element but can be a complex entity in itself!
Another reason could be if you have hierarchical application objects and need some query capability into them then most NoSQL solutions might be a fit. With an RDBMS you can use ORM to achieve the same result, but at the cost of adding extra complexity.
RDBMS is also not the best solution if you are trying to store large trees or networks of objects. Depending on your other needs a Graph Database might suit you.
If you are running in the Cloud and need to run a distributed database for durability and availability then you could check Dynamo and Big Table based datastores which are built for this core purpose.
Last but not least, if your data grows to large to be processed on a single machine, you might look into Hadoop or any other solution that supports distributed Map/Reduce.

What is a PTR record and how to add one?

You can check whether there is a PTR record set for a defined IP address. The syntax of the commands on a Linux OS are:

In terms of automation, two discuss about the differences between Puppet, Ansible and Chef

DevOps Tool Support
Puppet, Ansible and Chef are well supported by other DevOps tools like Vagrant, Packer, and Jenkins.

What is an MX record ?
An MX record tells senders how to send email for your domain. When your domain is registered, it’s assigned several DNS records, which enable your domain to be located on the Internet. These include MX records, which direct the domain’s mail flow. Each MX record points to an email server that’s configured to process mail for that domain. There’s typically one record that points to a primary server, then additional records that point to one or more backup servers. For users to send and receive email, their domain’s MX records must point to a server that can process their mail.

What is SSH ?
SSH (Also known as Secure Shell) is a program to log into another computer over a  network, to execute commands in a remote machine, and to move files from one machine to another. It provides strong authentication and  secure communications over unsecure channels. It is intended as a   replacement for rlogin, rsh, and rcp.

Keep tuned, we will keep updating the DevOps interview questions!