Create a JBoss AS 7 appliance with VirtualBox

In this tutorial we will demonstrate how to create in a matter of minutes a JBoss AS 7.1.1 appliance designed around a Linux distribution. The software we will use for this purpose is Oracle's Virtual Box.

VirtualBox is a cross-platform virtualization application. What does that mean? For one thing, it installs on your existing Intel or AMD-based computers, whether they are running Windows, Mac, Linux or Solaris operating systems. Secondly, it extends the capabilities of your existing computer so that it can run multiple operating systems (inside multiple virtual machines) at the same time.

So, for example, you can run Windows and Linux on your Mac, run Windows Server 2008 on your Linux server, run Linux on your Windows PC, and so on, all alongside your existing applications. You can install and run as many virtual machines as you like -- the only practical limits are disk space and memory.

Start by downloading VirtualBox from https://www.virtualbox.org/wiki/Downloads choosing a format which can be run on your OS.

Install VirtualBox using the simple Wizard and now execute it.

Click on the "New" button at the top of the VirtualBox Manager window. A wizard will pop up to guide you through setting up a new virtual machine (VM). In the first screen enter the VM name and the Operating system you intend to install on it. In our case, we will install a Linux Ubuntu OS: 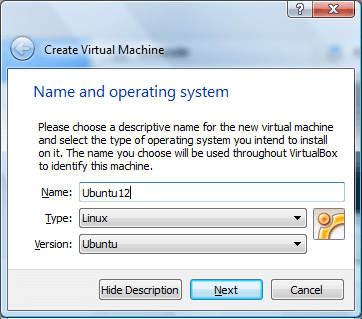 Click Next. In the next screen select the amount of memory which will be assigned to the VM. Since I don't have lots of memory available on this machine, I'll just create a tiny Linux VM with about 1500 MB of RAM. Click Next: 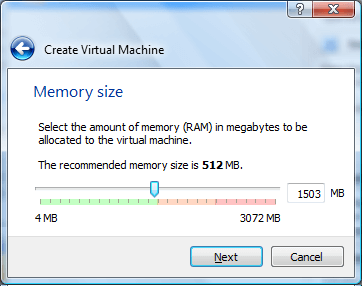 In the next screen we will decide to create an Hard drive for our VM where data will be stored: 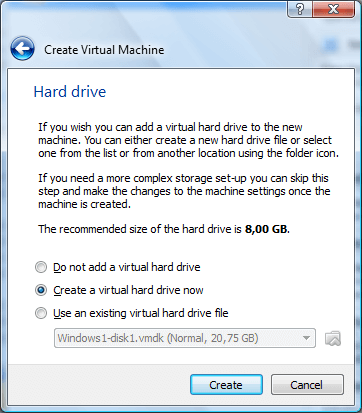 Choose Create. In the next window select the default option, that is using a VirtualBox Disk image that can be shared across other VMs running on Virtual Box. 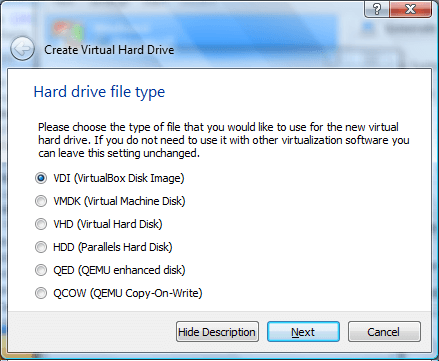 Click Next. This will bring up the Storage Type window: 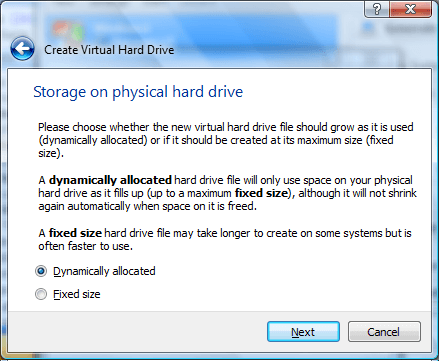 As a matter of fact, VirtualBox supports two types of image files:

We will choose the first option which will prevent your hard disk growing up too much, until you have little data stored on it.

Fine now your VM Creation is complete. We will start it in a minute.

How to a dump of JNDI tree with JMX console ?

#2 JBoss Howto. This is the recipe of the day

How to configure JBoss to bind to a different IP ?

If you want to change the jboss.bind.address property use the&nbs

How to shut down JBoss from remote ?

How to create multiple instances of an Mbean?

Supposing you need two instances of an MBean, let's say one fo

By default JBoss (prior to version 3.2) uses a flat class loading

How to restart JBoss AS ?

How to inject System properties into JBoss ?

jboss recipe of the day

Have you got "java.net.BindException: Address already in use: JVM

A common issue for many developers is how to solve Classload

How to run WildFly as Service

[UPDATED!] This tutorial illustrates how to configure WildFly and

In production environments, JVMs are killed and restarted either

Creating an SMF service script for JBoss AS

This article describes how you can create a Service Manager Fa

The term JBoss is quite generic. In the beginning it was meant to

This tutorial discusses about WildFly and JBoss AS port configura

Manage JBoss AS with Cargo

Find out the JBoss version you are running

Apparentely this seems a silly question, however at a job intervi

This tutorial shows how you can configure the naming subsystem in

This tutorial discusses about configuring and monitoring transact

Monitoring transactions with JBoss-WildFly AS

In this tutorial we will demonstrate how to retrieve Transaction

One of the most frequent issues for newbies that are approaching

How to customize a JBoss EAP 6 / WildFly Domain using Properties

Are you going for a JBoss Job ? well we cannot predict what you'l

How to use environment variables in WildFly configuration (standa

Passing environment variables to WildFly or JBoss AS has been tra

HAL is the codename for WildFly management console. In this tutor

This tutorial will illustrate how to configure JVM Settings in a

How to manage a WildFly / JBoss EAP Domain

How to capture WildFly lifecycle notifications

This tutorial describes how to capture lifecycle events notificat

How Wildfly uses the expression evaluator to evaluate attributes

In WildFly expressions are mechanism that enables you to support

How to bind WildFly to an IP address

Getting to know WildFly folder structure

In this tutorial we to solve the issue "jboss.network.management:

How to shutdown WildFly gracefully

This tutorial shows how you can shutdown WildFly gracefully.

WildFly HOME Directory is determined by the variable JBOSS_HOME.