This tutorial shows how you can use Eclipse JBoss tools to manage Docker images and deploy applications on the top of it.

So first of all you need to install Docker tooling. Search "JBoss Tools" on Eclipse Market place and flag the components you need (In this tutorial we will use Docker and JBossAS Tools)

Connecting to Docker from Eclipse

Once completed and restarted Eclipse, open the Docker Explorer view and connect to the running Docker daemon. When completed the connection you will see the list of images available (equivalent of the docker images command) : 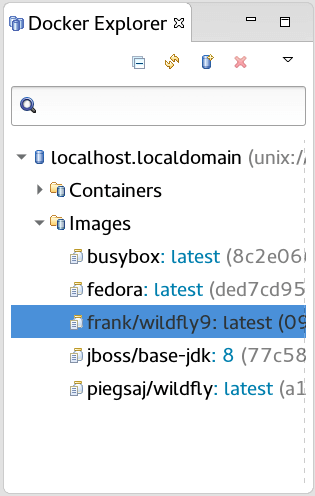 If you don't have a wildfly image available then you can pull it from the Eclipse Docker perspective or from a shell with:

Great! now right-click on the Image from the Docker Explorer and select "Run Image". There you will be able to configure the startup parameters of your Docker Image. At first the exposed port bindings:

Then, we will mount a local path on the Docker Container. In my example I have mapped /home/francesco/deployments to /opt/jboss/wildfly/standalone/deployments

The purpose of this step is to allow automatic deployments in the Docker image by copying the files in the local directory. Done! Now your Docker image will start.

If you prefer command line, the above steps can be completed as well from a shell with the following command:

Deploying applications on the Docker Container

Deploying application to the Docker image can be done in many ways. Let's see how to do it from Eclipse. As we have mounted a local folder which is synchronized to the Container you just need to create a Server managed externally with a custom deployment folder. Here is how to do it: 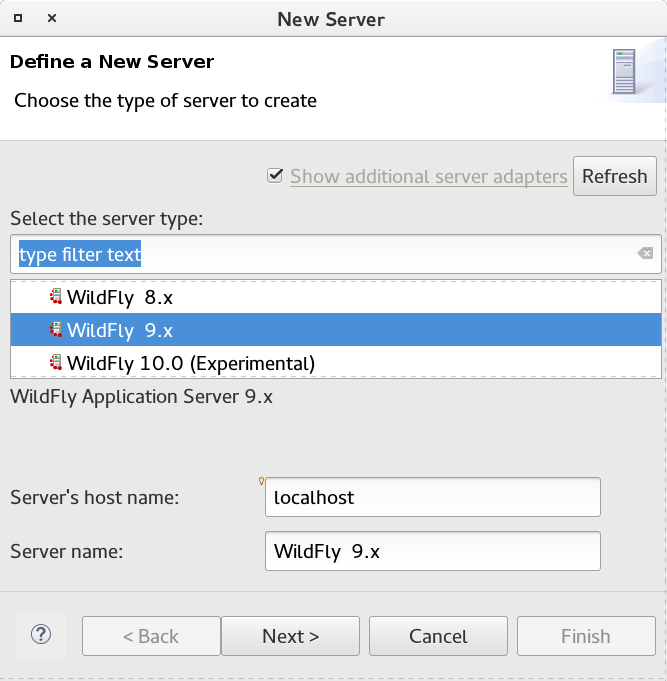 Define your WildFly Server as a Local server externally Managed: 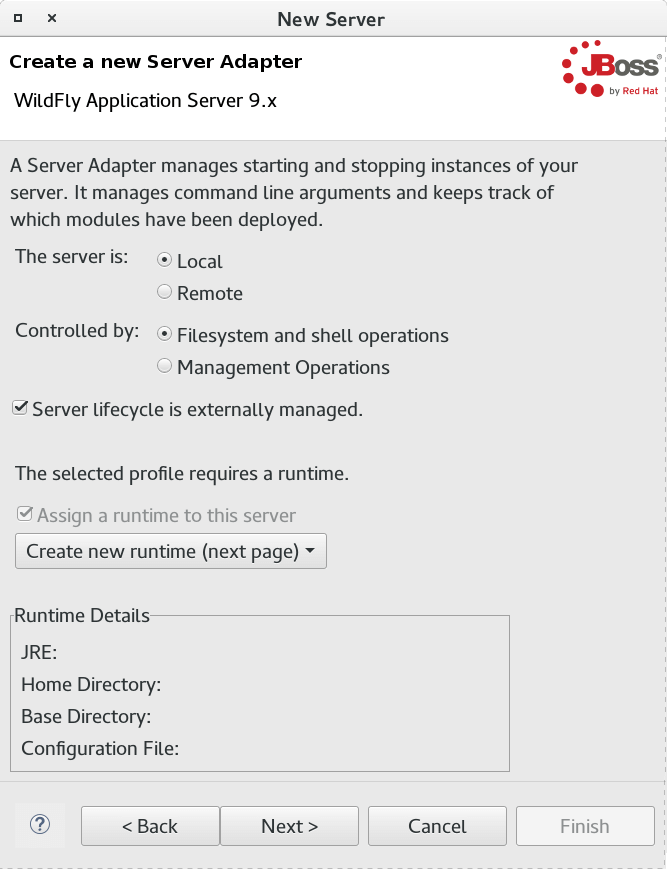 Finally in the Server's Deployment tab specify the deployments folder to the one you have mapped with the Docker container (e.g. "/home/francesco/deployments")

Great! All you have to do is adding applications to your Server and deploy it. As a result, the application will be deployed on the Docker Container:

Getting started with Docker and WildFly

This is the second tutorial about Docker. In the first one Gettin

Docker is an invaluable tool to create portable images of Enterpr

Getting started with Podman

Podman is a container runtime which provides the same features of