I have updated this tutorial to show how to use the hawtio console as opensource monitoring solution for any JVM middleware, like JBoss Enterprise applicaiton server / WildFly or any Java process which exposes metrics via JMX

Most of you would argue why we need to learn another management console, when we are just fine with the application server web console. Well, the advantage of using hawtio is evident if you have multiple middleware (maybe not homogeneous middleware) in your company: as a matter of fact hawtio is an opensource pluggable management console for Java stuff which can be used across any kind of Java technology and middleware (JBoss, Infinispan, AMQ, Red Hat Fuse, etc) . So, in a nutshell, you can have multiple middleware managed from a single point.

To make things easier hawtio also use Jolokia that exposes JMX with JSON over HTTP. This makes it pretty easy to hook frameworks even if they don’t already provide a rest interface, but expose things over JMX.

In this paragraph we will show how to install the hawtio library to monitor both JBoss EAP and WildFly. As first step download the latest release of the hawtio-wildfly.2.X.war  which is available at: https://github.com/hawtio/hawtio/releases/ .

Once downloaded, you can rename it for your convenience to hawtio.war and deploy into your application server.

Next, you will need to add an user which belongs to the “hawtioadmin” Group.

Now simply open the browser at the Web context of hawtio, for example http://localhost:8080/hawtio

You will be requested to enter the Username and Password. 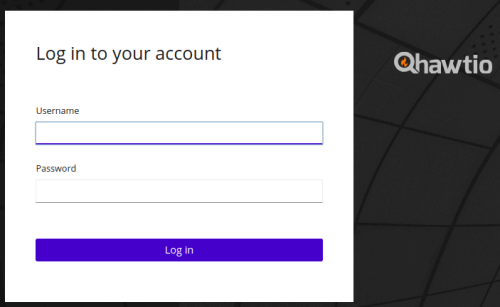 Use the one we have just added and you will be granted access. As you can see, the screen is divided into several tabs, depending on the plugins detected. For example, let’s dig into the JMX Section which contains all the available MBeans: 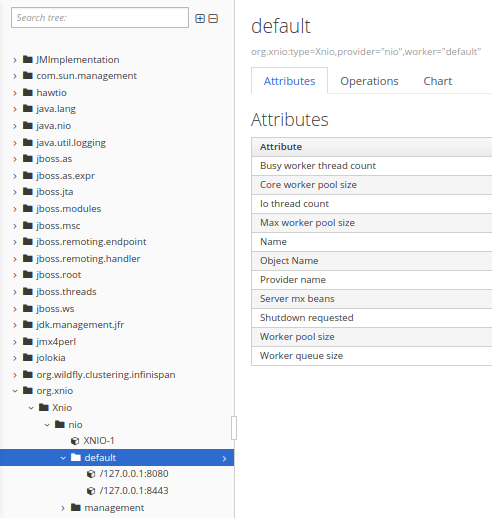 One really nice thing is that you can click on the single JMX attributes and you will get the Jolokia REST URL to query for that attribute. So for example if we were to query the “Worker queue size” from the above picture, the following REST URL will be shown: http://localhost:8080/hawtio/jolokia/read/org.xnio:type=Xnio,provider=!%22nio!%22,worker=!%22default!%22/WorkerQueueSize

By entering it on a Browser URL, you would get the value of that attribute as JSON expression:

hawtio is highly modular with lots of plugins, so that hawtio can discover exactly what services are inside a JVM and dynamically update the console to provide an interface to them as things come and go. So after you have deployed hawtio into a container, as you add and remove new services to your JVM the hawtio console updates in real time.

Since the plugin has been deployed on JBoss EAP, hawtio has detected the JBoss plugin which contains a set of three tabs: 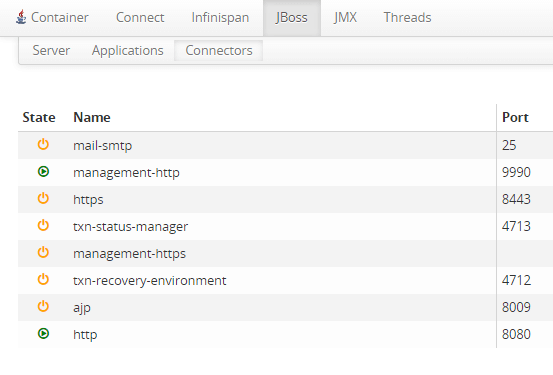 Let’s see another example: we have set the Infinispan hibernate cache to EAGER and deploying an application which uses the 2LC of Infinispan. By logging into hawtio we can have evidence of our caches, by selecting the Infinispan tab, which shows the statistics for the cache: